Isotopes reveal changing moisture sources at the end of the glacial

The δ18O and δD values are indicators of past temperatures near the drill site.

But the isotopes also tell about the climatic conditions in the areas from which the moisture source originates. Roughly speaking, the δD values are 8 times the δ18O values because the relative mass difference between D and 1H is 8 times bigger than the mass difference between 18O and 16O. However, the difference δD - 8 ⋅ δ18O (called the Deuterium excess) varies and also carries information about the climate conditions of the moisture sources. So while the individual δ18O and δD records tell about local temperatures, small differences between the two records tell about moisture source temperatures.

At the end of the previous glacial, roughly 11,700 years ago, the climate changed in many ways. Essentially all the parameters measured on the ice core samples change from glacial to interglacial values over a century, but the Deuterium excess measurements were very special: the shift from glacial to interglacial values happened within 1-3 years, and in a way that surprised the researchers: the measurements tell that the temperature of the source areas dropped at a time when the glacial was ending and the World was warming.

To the researchers, the combination of the abruptness and the direction of change could only make sense in one way; the source areas must have changed location very abruptly during the end of the glacial. The shift is so marked that it has been used to define the formal ending of the last glacial and the beginning of the Holocene; the Holocene is now defined from ice core measurements to start at 1492.45 m depth in the NGRIP ice core (corresponding to 11,703 years before A.D. 2000). 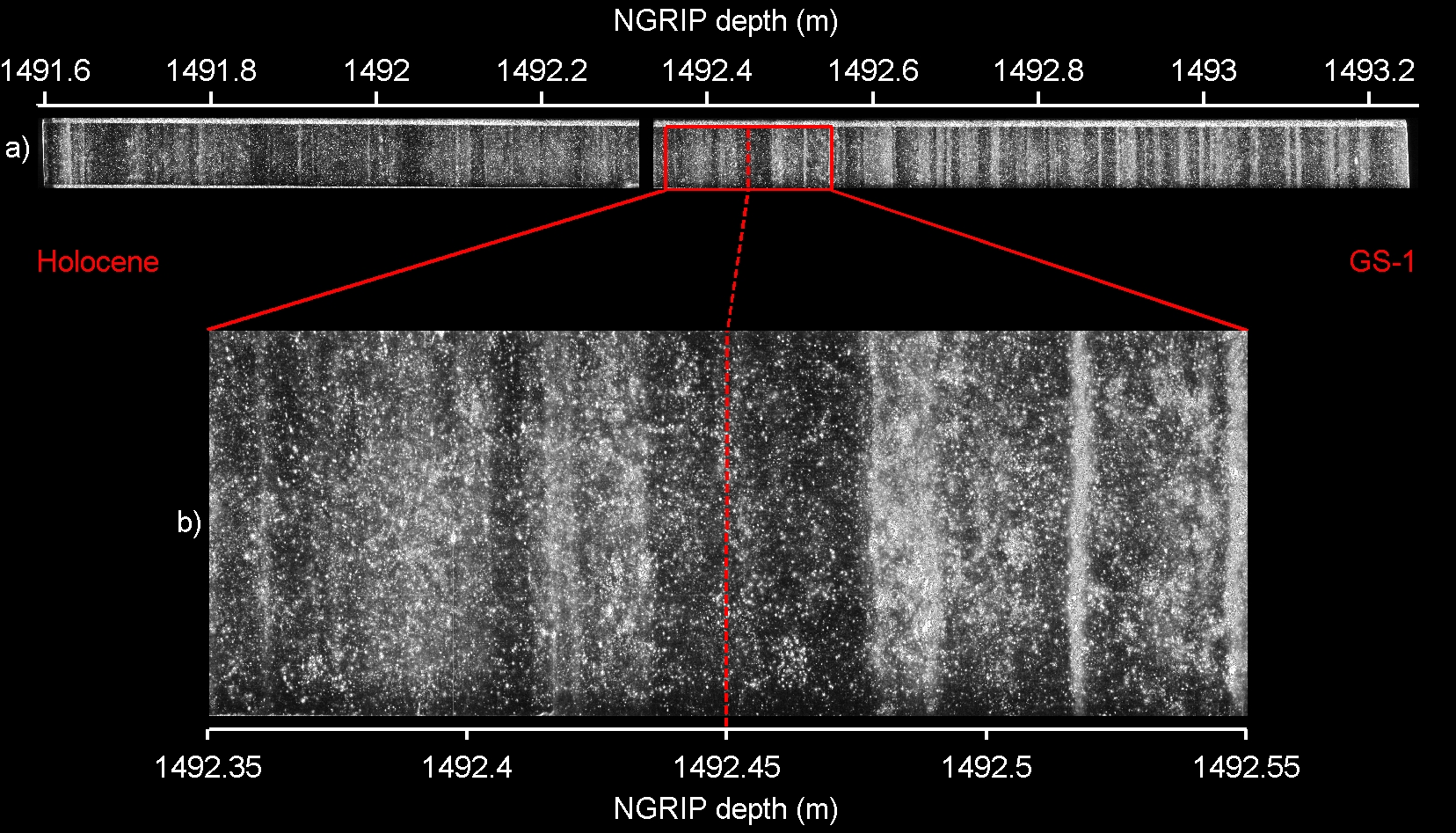 The visual stratigraphy of the NGRIP ice core across the section that defines the onset of the current interglacial, the Holocene. Note how there are many more visible layers in the glacial ice (right) than in the Holocene ice (left).