The D-O events seen in the Greenland ice core records have counterparts in the Antarctic records. The shape is, however, different and the phase is shifted. 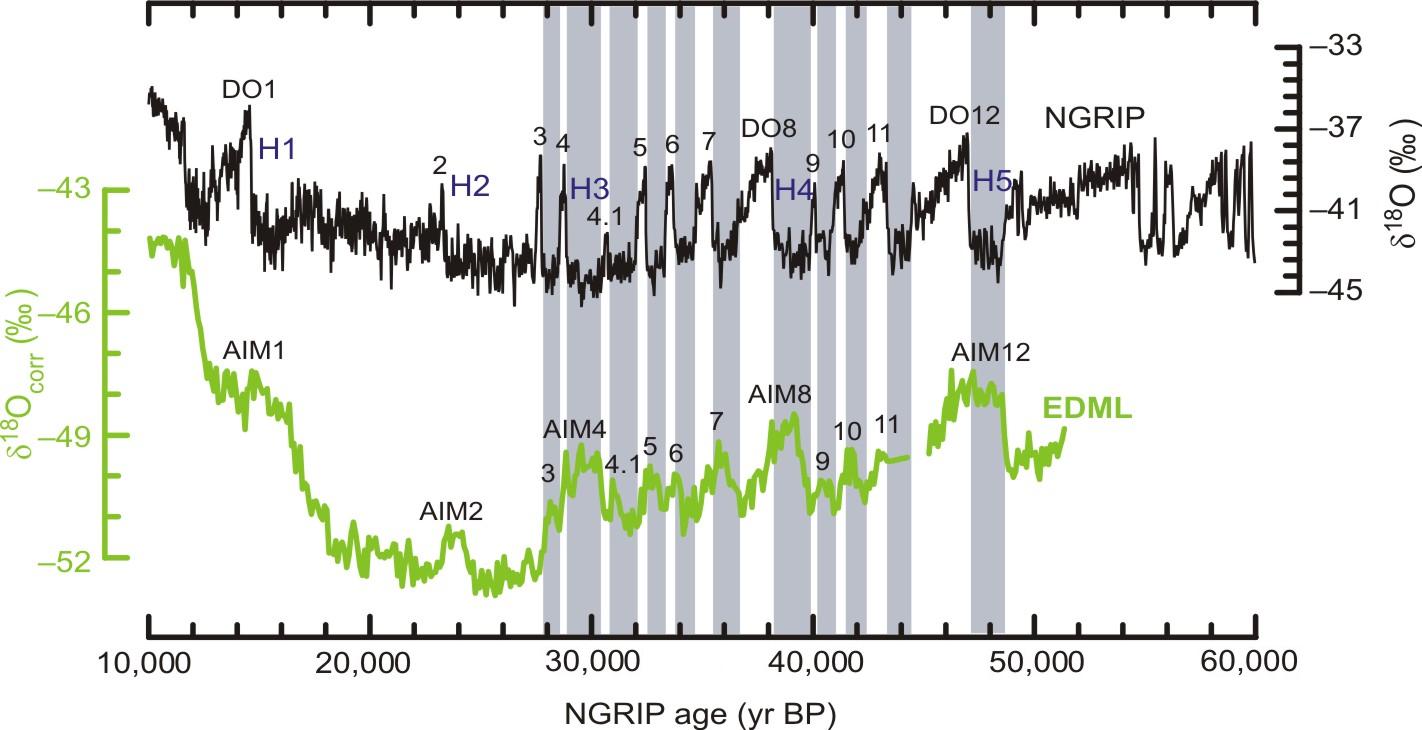 Greenland (NGRIP, black) and Antarctic (EDML, green) climate records. Both curves are δ18O values representing temperatures (up is warm, down is cold).

The response of the Southern Ocean is slow compared to the Atlantic temperature seesaw, reflecting the relatively strong separation of the Southern Ocean / Antarctic part of the climate system from the remaining global circulation system. In its cleanest form, and without any other climate processes at work, the model would produce a step-shaped Northern Atlantic climate curve (black) and a softer Southern Ocean response (green curve): 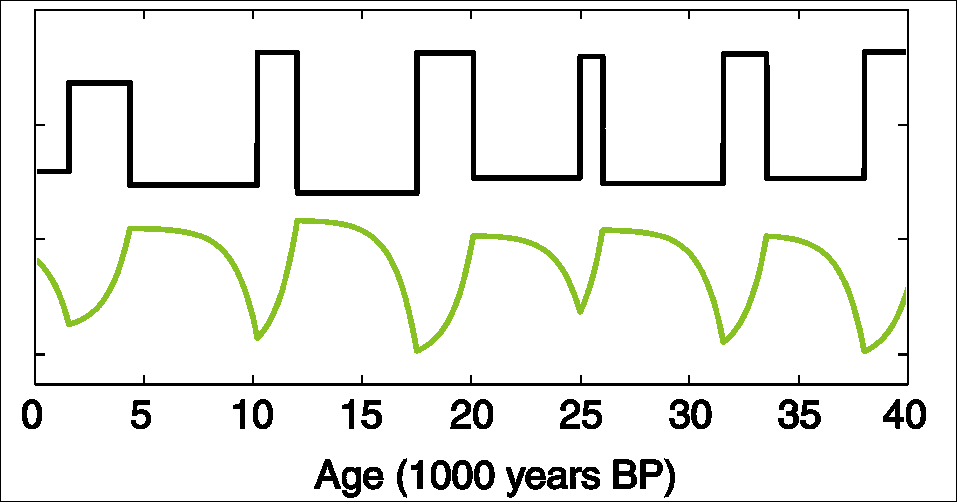 The modelled curves resemble the observed records from Greenland (mimicking North Atlantic temperatures) and Antarctica (representing Southern Ocean and Antarctic temperatures). This simple seesaw model can to a wide extent account for both the phase change and the shape of the events.
A goal of the Centre for Ice and Climate is to study this mechanism in closer detail – both for glacial and interglacial conditions. Our partners at the Bjerknes Centre for Climate Research in Bergen have an Earth Model of Intermediate Complexity consisting of a detailed ocean and a very simplified atmosphere. With this model, the oceanic communication between the North Atlantic and the Southern Ocean can be studied, while the atmospheric GCMs we run in Copenhagen may be used to study the communication from the oceans onto the ice-sheets. In this manner, a combination of model types can be used to attack a question from different angles. Read the paper (Abstract) or contact Peter Ditlevsen.

For more information on the topic please contact Peter Ditlevsen